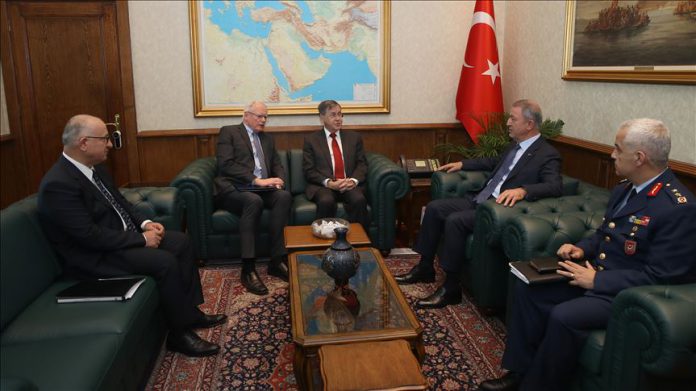 A meeting was held in the capital Ankara between Turkish and U.S. delegations headed by Deputy Defense Minister Yunus Emre Karaosmanoglu and Jeffrey, said a ministry statement.

“During the meeting, issues regarding the agreement signed with the U.S. on Oct. 17, 2019 were discussed” — a deal having to do with Turkey’s anti-terrorist operation in northern Syria launched on Oct. 9 — the statement said.

At the end of the delegations’ meeting,

Brian Hook, US special envoy for Iran, stepping down