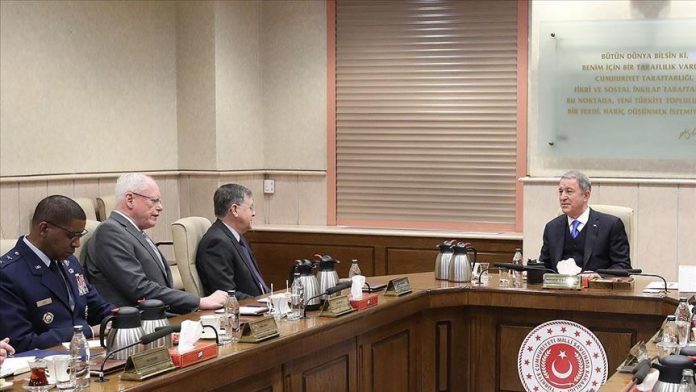 In a written statement, the ministry said Akar and Jeffrey discussed issues of regional security with a special focus on Syria.

Syria has only just begun to emerge from a devastating conflict that began in 2011 when the Bashar al-Assad regime cracked down on demonstrators with unexpected ferocity.