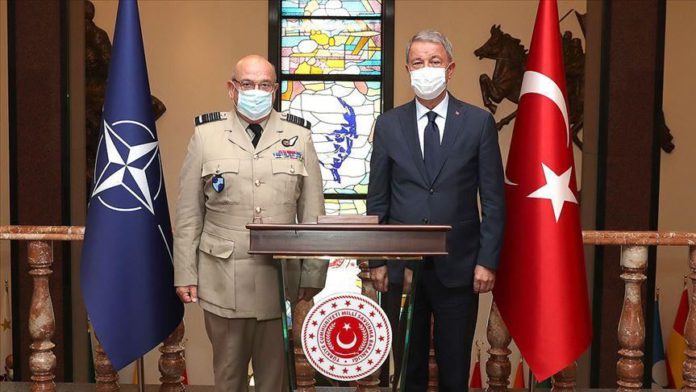 Turkey’s National Defense Minister Hulusi Akar on Monday met with the head of the NATO Military Committee to discuss the latest developments in the Eastern Mediterranean.

Akar and Stuart Peach held their meeting at the National Defense Ministry in the capital Ankara.

During the meeting, Akar said Ankara welcomes the Stoltenberg’s call for dialogue and expects other countries to reciprocate the spirit of NATO solidarity.

The meeting comes after the NATO chief announced Friday that talks had started between Turkey and Greece to resolve tensions in the Eastern Mediterranean.

On Thursday, Stoltenberg had said that Ankara and Athens agreed to enter into technical talks at NATO to reduce the risk of incidents and accidents in the Eastern Mediterranean, which the Greek government denied later on.