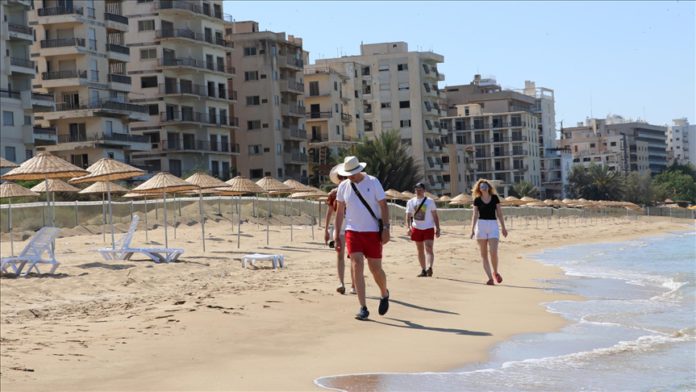 Turkish Cypriots have voiced strong support for the partial opening of the former “ghost town” of Maras in the Turkish Republic of Northern Cyprus (TRNC).

Anadolu Agency interviewed some Turkish Cypriots about the TRNC government’s recent decision to partially open the coastal Maras region, which was a restricted area for decades.

Naime Irisoglu, a resident of Gazimagusa, which includes the Maras area, said opening Maras – Varosha in Greek – could create jobs for many people.

The opening would be beneficial for Greek Cypriots as well, she said.

He agreed that the opening would attract people to the Gazimagusa region and help create jobs.

The Greek Cypriots should claim the properties they own in Maras, he added.

Again touting the potential economic benefits of the opening, Ertugrul Cakirgoz said Greek Cypriots can live in Maras under the Turkish Cypriot government.

Greek Cypriots may well flock to Maras, he said.

Maras was partially reopened to the public last October after being a “ghost town” since 1974.

It was abandoned after a 1984 UN Security Council resolution saying that only its original inhabitants can resettle the town.

Entry into the town located in Northern Cyprus was forbidden except for Turkish army personnel stationed in the TRNC.

The move comes on the heels of last week’s ceremonies marking the 47th anniversary of Turkey’s Peace Operation.