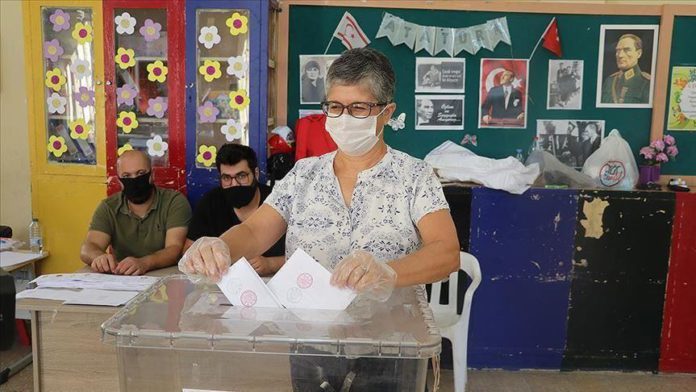 Voters in the Turkish Republic of Northern Cyprus (TRNC) are set to cast ballots for a second time on Sunday after the presidential candidates failed to secure more than 50% of the vote in the first round.

Turkish Cypriots will vote to elect a leader who will serve as the president for the next five years.

In the second round of the poll, Ersin Tatar, prime minister and presidential nominee of the National Unity Party, and incumbent Mustafa Akinci, an independent candidate, will vie for the post.

However, as no candidate could garner more than 50% of the votes, Tatar and Akinci will face off in the second round.

The Supreme Committee of Election announced that a total of 199,029 registered voters are eligible to cast ballot in 738 ballot boxes.

Which party supports who

Presidential candidates Tatar and Akinci visited political parties during the week and briefed them about their visions prior to the second round, also asking for their support.

The main opposition Republican Turkish Party (CTP) decided to support Akinci in the second round, following a party assembly meeting on Oct. 13.

In the first run, the CTP supported their party head Tufan Erhuman, but he only bagged 21.71% of the votes and disqualified for the second run.

Despite supporting Kudret Ozersay, foreign minister and independent candidate, in the first round, the People’s Party (HP) decided not to suggest anyone to its followers in the second round of the poll. It announced the decision on Oct. 14.

Ozersay received only 4.37% of the votes in the first run.

The Democrat Party (DP) decided to support Tatar in the second run. It said the party assembly took the decision with majority of votes on Oct. 14.

In the first run, the DP supported its Lefkosa deputy and independent candidate Serdar Denktas, who received 4.17% of the votes.

The Rebirth Party (YDP) also decided on Oct. 14 to support Tatar in the second run. The party supported its leader Erhan Arikli, who secured 5.41% of the votes in the first run.

Record low turnout in 1st round

Voter turnout stood at 58.29% in the first round, making it the “presidential election with the lowest turnout”.

Electorates also voted in the referendum for the constitutional amendment to increase the number of high court judges. Some 49.87% of them voted Yes, while 50.13% said No.

A total of 2,658 people appointed by the Supreme Committee of Election will be on duty at polling stations.

The voters will enter rooms with a mask on and staff will provide gloves for them.

They will also pay attention to compliance with COVID-19 measures and prevent crowd during the voting.