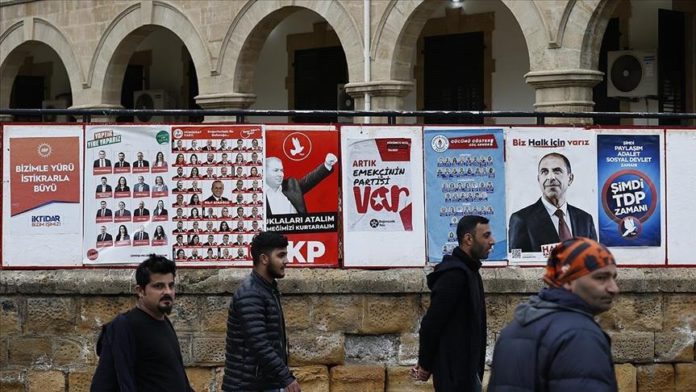 Turkish Cypriots will vote in a snap election on Sunday to elect new members of the 50-seat parliament following the resignation of the three-party coalition government.

The parliamentary elections in the Turkish Republic of Northern Cyprus (TRNC) are held every five years, with the latest held on Jan. 7, 2018.

The country’s Supreme Election Committee announced that a total of 203,792 voters are eligible to cast ballot at 763 polling stations.

There are eight parties running in the election, with 403 candidates contending for parliamentary seats.

The parties must receive at least 5% of the votes to pass the threshold.

The unofficial election results are expected to be announced by the election committee on Sunday night, while the official results will be released at the earliest 24 hours after the voting is closed.

The election campaigns of political parties have been overshadowed by the COVID-19 pandemic, which has seen an upsurge of cases in recent days.

Taking into account the decisions of the country’s health committee, the TRNC’s Supreme Election Committee adopted additional measures for the elections.

Only those who were vaccinated and had the 14-day antigen/PCR test were allowed to participate in the political parties’ indoor election meetings.

Parties’ rallies in open fields were limited to 150 people.

Moreover, as part of the coronavirus measures, voters will be prohibited from voting without a mask, and they will be provided gloves.

The economy was a key topic of speeches by the candidates during the TRNC’s snap parliamentary election campaign. Because of the pandemic, political parties presented their vision to voters on health issues as well as future economic goals, which were top on the agendas of the candidates.

Political parties made significant efforts to attract public support by offering their perspectives and visions on different issues.