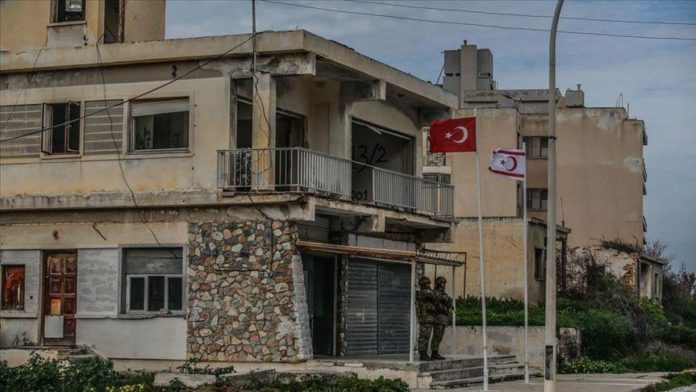 The premier of the Turkish Republic of Northern Cyprus (TRNC) on Saturday hit back at a presidential statement by the UN Security Council (UNSC) on the reopening of Turkish Cypriot town of Maras, saying it is the statement made under the influence of the Greek Cypriot administration.

“I describe this communique by the council president [on Maras], which is not a council decision, as a statement taken under the influence of the Greek Cypriot side, without considering the new conjuncture in the Eastern Mediterranean and the realities on the island,” Ersin Tatar wrote on Facebook.

He reminded that the decision on the reopening of Maras, which is a part of the TRNC, was taken by the Turkish Cypriot government and was also discussed at the UNSC session on Oct. 9, with a presidential statement published by the UNSC in this regard.

Tatar stressed that besides the political and economic dimensions of this initiative, the humanitarian aspect is the top priority.

He also underlined that the TRNC had never gone beyond the UN parameters in the comprehensive negotiations that lasted for years, and the Maras region remained closed due to the Greek Cypriot side’s refusal to accept a comprehensive solution in all proposals made under the auspices of the UN.

“As the TRNC prime minister, I could not allow the Maras region to remain closed any longer, expecting that the Greek Cypriot administration would reach a solution with me one day and that it would show a will in this direction,” he said.

“This is not an acceptable situation for both my citizens and pre-1974 legal residents who have been waiting for years to return to their property. In other words, the continuation of the status quo will not help resolve the Cyprus issue,” he added.

He went on saying that the UN is expected to deal with the developments on the island on the basis of existing facts in an impartial and fair manner and thus contributing to the solution of the Cyprus issue.

In a closed session on Friday, the UN Security Council discussed the latest developments on the situation on the island of Cyprus.

In a statement issued following the meeting, the Security Council called for “the reversal of this decision [to open the coastline of Maras] and for the parties to avoid any unilateral action that could raise tensions on the island.”

The secretary-general’s intention to convene a meeting was also reiterated in the statement, as previously agreed, between the Turkish Cypriot and Greek Cypriot leaders.

The abandoned town of Maras in the Turkish Cypriot city of Gazimagusa partially reopened for public use Thursday.