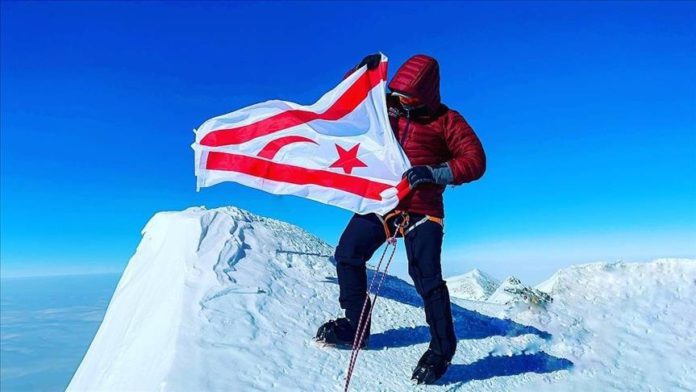 Birkan Uzun, a Turkish Cypriot mountaineer famed for raising the nation’s flag on the highest peak in Antarctica just weeks ago, died on Saturday in a skiing accident in the United States.

In a letter of condolences, Turkish Republic of Northern Cyprus (TRNC) President Ersin Tatar stated: “I’ve been informed with great sorrow that Turkish Cypriot mountaineer Birkan Uzun, who made us all proud with his achievements, passed away as a result of an accident in America.”

Tatar also conveyed his condolences to Uzun’s family and loved ones.

The 28-year-old skier was from the coastal city of Guzelyurt, in the northwestern part of the TRNC, and was living in Seattle in the West Coast US state of Washington.

On Dec. 16, he reached the top of Mount Vinson, Antarctica’s highest peak, and unfurled the TRNC flag as cameras captured the moment.

On Thursday, speaking with Anadolu Agency, Uzun stressed his desire to be a role model and source of motivation, particularly for the TRNC’s youth.

“I wanted to show that no matter what the obstacles are if you have a devoted mind and heart, you can succeed,” Uzun said.

“It is with deep sadness that I learned that the Turkish Cypriot mountaineer Birkan Uzun, who made us all proud with his achievements, passed away as a result of an accident in the US,” said Altun.

*Writing and contribution by Merve Aydogan