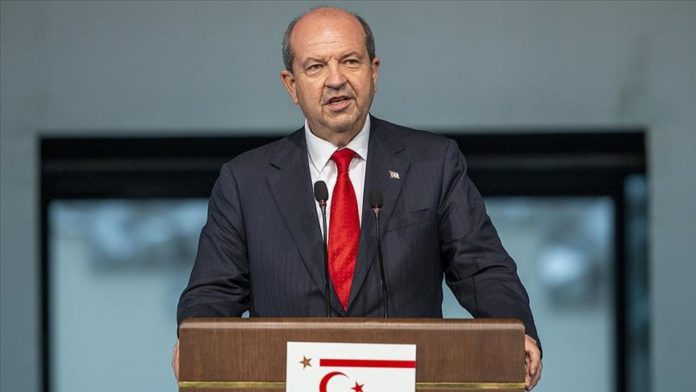 The president of the Turkish Cypriots Wednesday called on the UN secretary-general for an open-minded approach to the formula of sovereign equality and two-state cooperation on the island.

President of the Turkish Republic of Northern Cyprus (TRNC) Ersin Tatar sent a letter in response to a letter by Antonio Guterres, said the presidency in a statement.

In light of the new conditions prevailing in the island and our region, for a fair, realistic and sustainable reconciliation, the TRNC aims to establish a cooperation relationship between the two parties, based on two sovereign states with equal international status, said Tatar in his letter.

Greece and Southern Cyprus tried to prevent efforts for a solution on the island, he said, and stressed that a resolution on specified grounds will help restore regional security and stability and pave the way for an embracing vision in the Eastern Mediterranean.

NATO chief thanks Azerbaijan for being 'reliable gas supplier' for Europe