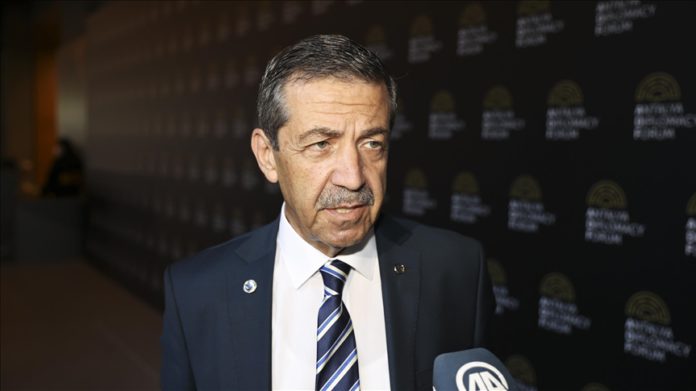 The Turkish Republic of Northern Cyprus (TRNC) on Saturday blasted remarks by an EU leader seeking to block a two-state solution for the island.

Calling her statement another example of the bloc’s unconditional support for the Greek Cypriot administration, Ertugruloglu added:

“This attitude of the EU, which has not fulfilled a single promise it made to the Turkish Cypriot people, is no surprise. This attitude also indicates that the EU is satisfied with the continuation of the current situation on the island.”

He added: “Any agreement on the island will be between the Turkish and Greek Cypriot sides. The EU will certainly understand this phenomenon.”

He also told how in 2004, the EU accepted the Greek side as a member representing the whole of the island by ignoring its own membership criteria.

The EU’s aggressive and ugly attitude to hide their shame will never work, said Ertugruloglu, stressing that Turkish Cypriots and Turkey will never stop supporting a solution based on two sovereign, equal states.

The Greek Cypriot administration, backed by Greece, became a member of the EU in 2004, although in a referendum that year most Greek Cypriots rejected a UN settlement plan envisaging a reunited Cyprus joining the EU.