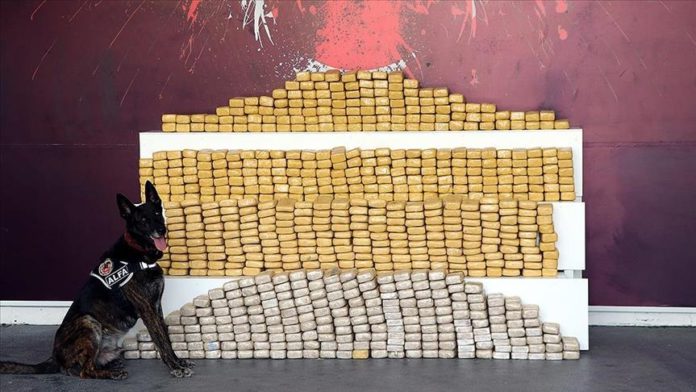 Turkish customs officials seized 15 kilograms (33 pounds) of cocaine in triple operations carried out at airports in Istanbul, according to an announcement on Thursday.

The teams followed a suspicious foreign passenger at the Sabiha Gokcen International Airport, one of Istanbul’s two airports.

The passenger’s luggage was checked first by sniffer dogs and then by X-Ray. Drugs hidden in plates between clothes were found in the suitcase.

The passenger was detained and taken to the police station for possessing 2.5 kilograms (5.5 pounds) of cocaine.

Separately, acting on a tip off, the customs teams checked the luggage of a suspect at the Sabiha Gokcen International Airport.

Samples taken from cosmetic products in his luggage were tested with drug wipes.

It was determined that there were nearly 3.5 kilograms (7.7 pounds) of cocaine absorbed in the cosmetic products.

The suspect was detained.

In another operation carried out at the Ataturk Airport cargo terminal, the teams examined a suspicious cargo.

Following the sniffer dogs’ reaction, it was understood that the machine parts inside were completely filled with drugs.

The teams found 9 kilograms (around 19.8 pounds) of cocaine.

Some eight suspects were detained.

Six out of 10 suspects detained in all three operations were later arrested.