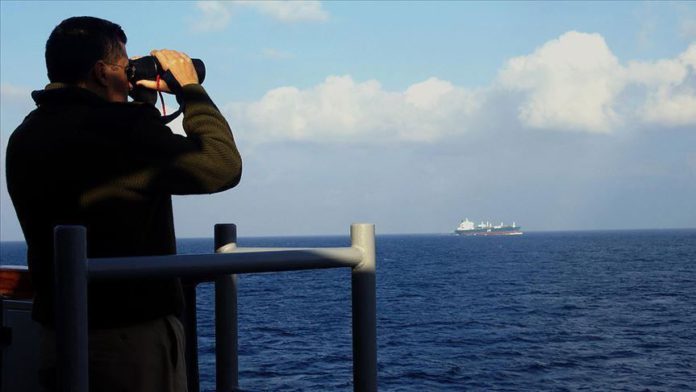 Turkey’s parliament is due to consider a motion extending authorization to launch cross-border anti-terrorist operations in northern Iraq and Syria, as well as deploy peacekeeping forces to the countries of Lebanon, Mali, and the Central African Republic.

The motion, submitted on Thursday by President Recep Tayyip Erdogan’s government, would allow the Turkish military to carry out cross-border operations in northern Iraq and Syria for another year, from Oct. 30, 2020 until Oct. 30, 2021.

“However, the existence of [terrorist groups] PKK and Daesh [ISIS] in Iraq poses a direct threat to regional peace, stability and the security of our country,” it added.

In its more than 30-year terror campaign against Turkey, the PKK – listed as a terrorist organization by Turkey, the US and the EU – has been responsible for the deaths of some 40,000 people, including women, children and infants. The YPG is its Syrian branch.

The terrorist PKK often uses northern Iraq, just across the Turkish border, to plot cross-border terror attacks in Turkey. Turkey uses its rights under international law, including in operations this summer, to pursue these terrorists at their hideouts.

Daesh/ISIS terrorists have carried out multiple attacks against Turkey, including at least 10 suicide bombings, seven bombings, and four armed attacks, which killed 315 people and injured hundreds of others.

Meanwhile, the motion also says Turkey has continued security responsibilities in northern Syria, east of the Euphrates River and in the Idlib province, in line with its legitimate security interests.

Since 2016, several Turkish cross-border operations in northwestern Syria have liberated the region from YPG/PKK and Daesh terrorists, making it possible for Syrians who fled the violence to return home.

Turkey has long decried the threat from terrorists in northern Syria, pledging military action to prevent the formation of a “terrorist corridor” there.

The motion also calls for extending the deployment of Turkish troops to the Central African Republic (CAR) and Mali as part of a UN-approved EU peacekeeping mission.

The extensions would be effective as of Oct. 31 for another year.

The UN Security Council adopted a resolution in 2012 that authorized the deployment of the African-led International Support Mission to Mali, known as AFISMA.

Under the motion, parliament would also extend the deployment of Turkish troops in Lebanon for another year as part of a UN interim force.

The term of Turkish soldiers in the United Nations Interim Force in Lebanon, also known as UNIFIL, would be extended until Oct. 30, 2021.

The motion has been extended 13 times so far since it was first approved by parliament in September 2006.

UNIFIL was established in 1978 when Israel withdrew from Lebanon. The peacekeeping force is intended to provide security and help the Lebanese government in rebuilding its authority.

Around 10,600 troops from 40 countries are part of the UNIFIL mission.

Parliament is set to debate the motion next Tuesday, Oct. 6.