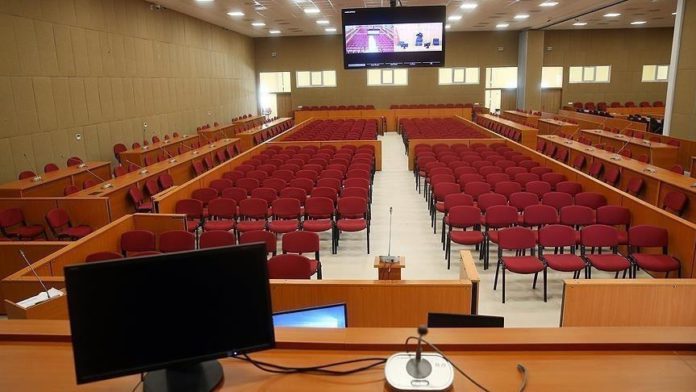 A score of defendants was sentenced in Turkey on Wednesday for membership in the Fetullah Terrorist Organization (FETO) — the group behind the defeated 2016 coup — in a case in which 55 former judges and prosecutors faced trial for greenlighting illegal wiretapping of thousands of people.

Twenty defendants got jail time of up to 11 years for membership in an armed terror group in the case, popularly known as “Selam Tehvid.”

Judicial authorities ordered the separation of cases of 23 fugitive defendants — including Cihan Kansiz, Celal Kara, and Muammer Akkas — and other cases over crimes such as political and military espionage and revealing state secrets.

The 16th Penal Chamber of the Supreme Court acquitted 10 defendants of all charges except for the separated cases.

Among those convicted are Suleyman Karacol, a former judge involved in the Dec. 25, 2013 coup plot, and Sadrettin Sarikaya, an ex-prosecutor who demanded a statement from Hakan Fidan, head of the Turkish National Intelligence Organization (MIT).

The two each got jail sentences of over 13 years, with Karacol getting an additional one year and eight months for abusing his position.

The court also sentenced Mehmet Ekincil — a former judge in charge of a match-fixing football case — Vedat Delda — an ex-judge who issued an arrest warrant for former Chief of General Staff Ilker Basbug — and Fatih Mehmet Uslu to eight years and nine months in prison apiece for FETO membership.

Benefiting from a remorse law for their collaboration, Mehmet Hamzacebi, and Dursun Ali Gundogdu got jail time of about one year and seven months apiece, and their sentences were deferred.