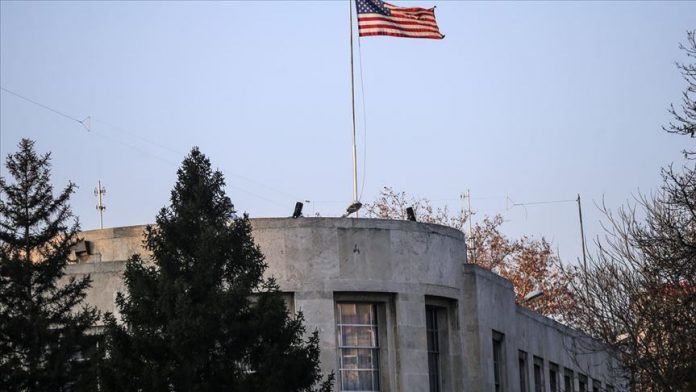 Prison sentences were handed down by a Turkish court to three convicts involved in a U.S. Embassy drive-by shooting in the capital Ankara, according to a judicial source.

Ankara 32nd High Criminal Court meted out the sentences to Ahmet Celikten and Osman Gundas. who carried out the attack, and Gundas’ boss, Ersin Bayram, as well as Talip Bora Kilic, the owner of the vehicle allegedly used during the Aug. 20, 2018 attack.

Celikten, Gundas and Bayram were given prison time ranging from 45 months to 127 months, said the source, who asked not to be named due to restrictions