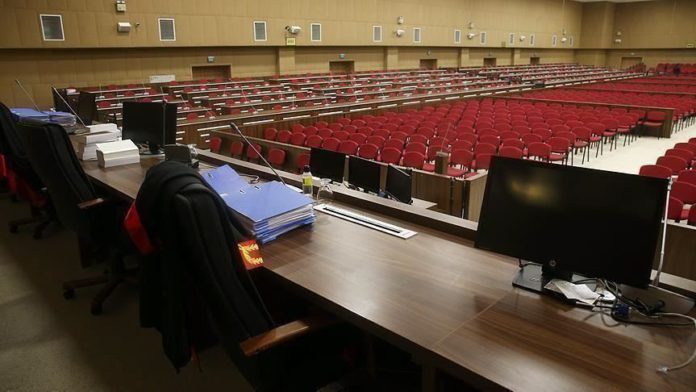 A Turkish court on Thursday remanded in custody 43 people, including active duty soldiers, over their links to the Fetullah Terrorist Organization (FETO), the group behind the 2016 defeated coup, according to a judicial source.

The move came after 109 suspects were arrested in two separate operations carried out by police and gendarmerie forces, out of warrants for 123 suspects issued by Istanbul prosecutors.

The suspects include active duty, retired, dismissed, or resigned soldiers, said the source, who asked not to be named due to restrictions on speaking to the media.

The 43 suspects were remanded for being members of an armed terrorist group, while the remaining 24 were released under judicial control.

A total of 42 suspects were released.

FETO and its U.S.-based leader Fetullah Gulen orchestrated the defeated coup of July 15, 2016 which left 251 people martyred and nearly 2,200 injured.