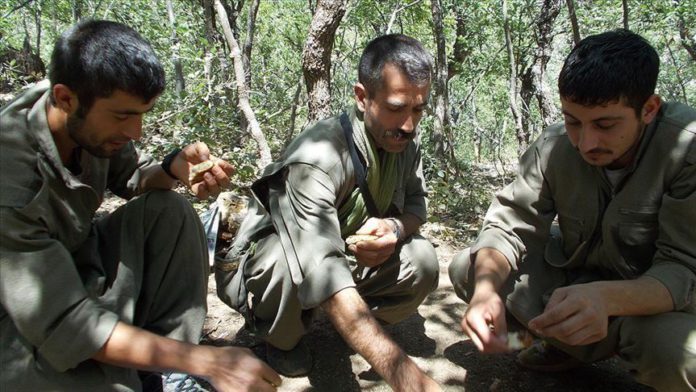 A Turkish court remanded in custody four PKK terrorists, who were found to be plotting bomb attacks in the country, according to a judicial source.

Police teams in Istanbul and southeastern Diyarbakir provinces had carried out simultaneous operations on Oct. 16 to nab the suspects, who were trained to carry out attacks in big cities, said the source who asked not to be named due to restrictions on speaking to the media.

The terrorists were accused of being a member of an armed terrorist organization.

One of the terrorists, identified by the initials I.K., codenamed Mazlum Serhat, an employee at a state hospital in Diyarbakir, joined the terror group in 2013 and was trained on the use of grenades and weapons in rural areas.

Other terrorists, identified as M.S., codenamed Tayhan Umut Cektar; R.S., codenamed Mahir Amed; and M.T., codenamed Armanc Xebatkar, were trained to carry out bomb blast, and to use weapons and hand grenades.

More than 90 Turkish Cypriots die from COVID-19 in UK

Istanbul to feature Malkovich with his music show