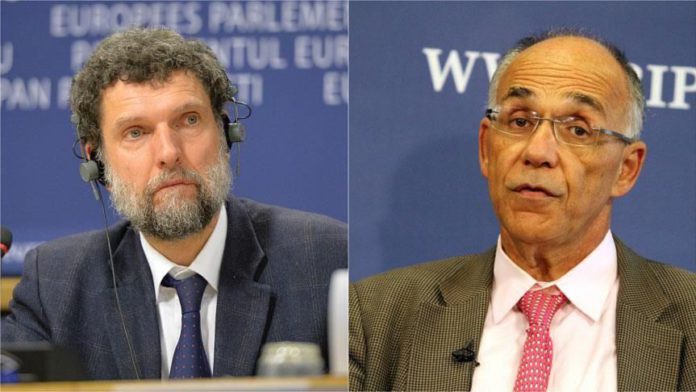 A criminal court in Turkey on Thursday approved the indictments of businessman Osman Kavala and former CIA advisor Henri Barkey as part of a probe into the 2016 defeated coup orchestrated by the Fetullah Terrorist Organization (FETO).

The chief prosecutor’s office in Istanbul admitted an indictment demanding aggravated life sentences and imprisonment of up to 20 years for Kavala and Barkey, who has a warrant out for his arrest.

Kavala was first arrested on criminal charges related to the 2013 Gezi protests, a small number of demonstrations in Istanbul that later transformed into a nationwide wave of protests against the government which left eight protestors and a police officer dead.

He was later remanded into custody by an Istanbul court as part of a probe into the 2016 defeated coup with prosecutors accusing him of spying.

According to the indictment, Kavala and Barkey are both accused of “violating the constitution” and conducting “political or military espionage activities.”

“It is evident that the suspects took active roles in the coordination and continuation of the coup attempt by FETO/PDY armed terror group members in favor of foreign states,” the indictment noted, adding that the suspects also “monitored the execution of actions and intervened in the progress [of the coup] via the coordination and contacts they had established when necessary.”

The indictment also argued that Barkey organized a “sham meeting” at the Splendid Hotel in Buyukada off Istanbul in July 2016 to “to follow the coup attempt, direct it when necessary and coordinate with the international supporters of the coup.”

“It is evident that the reason behind Henri J. Barkey planning the meeting in Buyukada was to be not affected by the events that might occur in Istanbul during the coup attempt,” the indictment added.

“It was understood that they established a series of domestic and international connections to create the infrastructure of the coup attempt,” the indictment added.

As part of this probe, the indictment said there are other suspects under investigation besides Kavala and Barkey and that the review and investigation process continues for these suspects.

The FETO terror group and its US-based leader Fetullah Gulen orchestrated the defeated coup of July 15, 2016 which left 251 people martyred and nearly 2,200 injured.