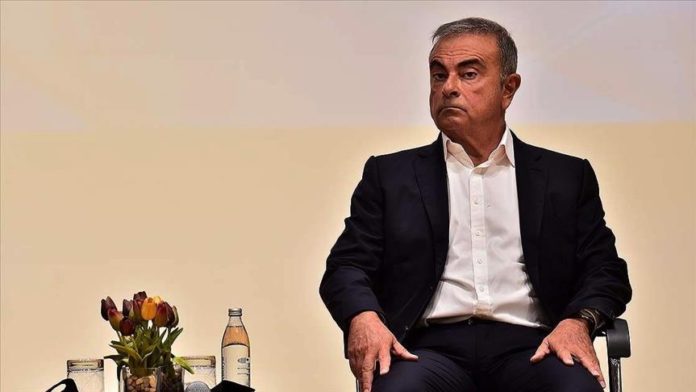 A Turkish court on Wednesday handed down jail terms to three people who were accused of aiding former Nissan CEO Carlos Ghosn’s escape from Japan to Lebanon via an airport in Istanbul.

A private cargo company executive and two pilots, who were charged with “migrant smuggling”, got four years and two months in prison each.

Pilot Bahri Kutlu Somek, another defendant in the case, told the court that he would make the same flight if he was tasked once again.

“I did not benefit from this event in any way. If I had an interest, I would not ask my ban on overseas travel to be lifted to work for months, I am a retired person and living on my mother’s card,” he said, rejecting accusations.

Defendant pilot Noyan Pasin stated that he fulfilled the task given to him by his company and claimed that Carlos Ghosn had passed all the checkpoints in Japan and Istanbul.

He also asserted that there were no legal elements of the migrant smuggling crime.

Other defendants Serhat Kahvecioglu, Ozgu Bilge Bayram, and Nesrin Altunalan, were acquitted by the court.

Two flights of two private jets from the Japanese city of Osaka to Ataturk Airport and then Beirut were looked into as part of the investigation.

In November 2019, Ghosn was arrested in Japan on charges of corruption during his tenure as chairman of Nissan. Lebanese authorities announced last week he had arrived in the country “legally.”

'Any attack on Turkish drill ship will cost dearly'