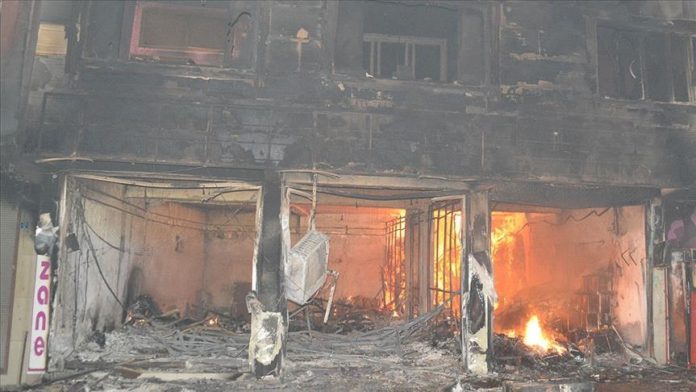 A Turkish penal court approved indictments for 108 defendants Thursday, including former co-chairs of the Peoples’ Democratic Party (HDP) as part of a probe into deadly 2014 terror incidents across the nation.

The indictments filed by the chief prosecutor’s office in Ankara, demands life sentences aggravated 38 times for the defendants, of whom 27 are in custody. Six have been released on bail and 75 are actively sought by authorities.

Former HDP co-leaders Figen Yuksekdag and Selahattin Demirtas are currently imprisoned on terror-related charges and are among suspects on trial.

All suspects were charged with various crimes, including “violating the unity and integrity of the state” as well as 37 counts of murder, 31 counts of attempted murder and 24 counts of looting.

It was understood that the defendants took responsibility for the incidents in line with the aims of the terror organization and organized the events.

Noted in the indictment was that because of calls by the organization and defendants, a chaotic environment and an authority gap was attempted.

It also indicated HDP co-chairs and executives who operate within the terror organization’s political structure.

The indictment also underlined that the aim was to start a civil war by creating an environment of chaos after terror, intimidation, bombing and armed attacks, which are among the intention of terrorism across the country.

A HDP protest call led to violence in 35 provinces and 96 districts, causing the deaths of 37 citizens — including those distributing humanitarian aid during the Muslim holiday of Eid al-Adha, including Yasin Boru, Hasan Gokguz and Ahmet Dakak.

A total of 761 citizens, including 326 law enforcement officers, were wounded.

Turkey responded immediately after the start of the chaos and established public order.

The HDP is a party the government said is linked to the PKK terror group.

Turkey to accept tourists based on vaccination, cases