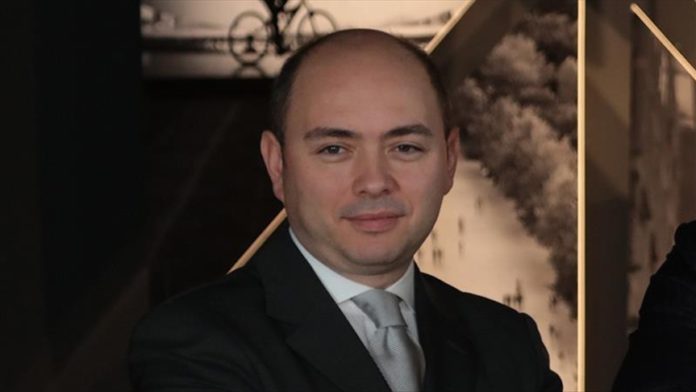 After a 30-year occupation, the Nagorno-Karabakh region is set to be completely rebuilt, from infrastructure to roads and hospitals, and Turkish contractors will play a key role in this, according to an investment bank CEO.

Azerbaijan wants to work with Turkish contractors, known for their experience in construction in the region, said Cenk Eynehan, the CEO of Istanbul-based PASHA Bank, whose parent company is located in the Azerbaijani capital Baku.

Around 1.5 million Azerbaijanis will return to the region as it pursues projects in infrastructure, road, agriculture, energy, education, and health, he stressed.

He said Azerbaijan so far allocated a budget of 2.2 billion Azerbaijani manats ($1.3 billion) for the projects, and the budget is expected to rise by tens of billions of dollars in the coming years.

PASHA Bank will also play a role in financing facilities for the rebuilding process.

He stressed that under new agreements following Azerbaijan’s victory in Nagorno-Karabakh last fall, trade routes to China will be more active and trade will grow.

“We believe that the economic and strategic cooperation between the two countries will become stronger for the prosperity and future of the region,” Eynehan added.

During the 44-day conflict, which ended under a Nov. 10 deal, Azerbaijan liberated several cities and nearly 300 settlements and villages from Armenian army occupation.

Some 21.6% of all foreign companies in Azerbaijan are Turkish-capitalized, he stressed.

“Under the new preferential trade agreement which came into effect this March, the trade volume is targeted to reach $15 billion.”

He said the pact includes important measures to zero out quotas and custom taxes for 15 product groups.

He also said eliminating double taxation and free trade agreements can be added to the two countries’ agenda in the future.

On visa-free travel between the two countries, which started on April 1, he called the move very positive for economic relations.

He said in 2020, despite the coronavirus pandemic, Azerbaijanis launched 148 firms in Turkey and bought 1,279 houses.

On his bank’s position between the two countries, he stressed that the bank serves as a “financial bridge” for businesspeople aiming to invest in the business between Turkey, Azerbaijan, and Georgia.