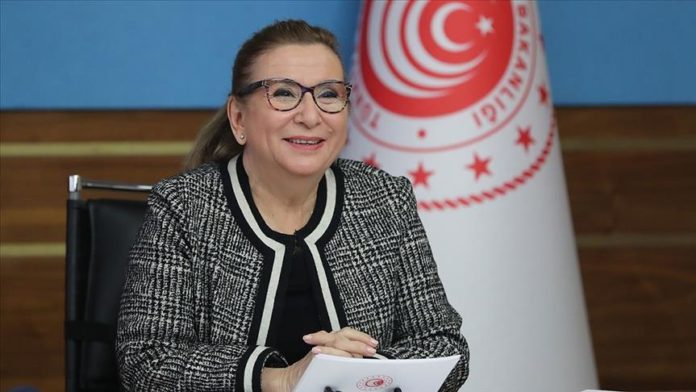 “More than 10,000 projects worth over $420 billion in 128 countries. This is the summary of the success achieved to date and the guarantee of successes in the future,” Ruhsar Pekcan said at the 33rd ordinary general meeting of the Turkish Contractors Association.

Highlighting the sector’s target of $20 billion for 2021, Pekcan said the figure reached $2 billion in the first two months of this year.

Meanwhile, Transport and Infrastructure Minister Adil Karaismailoglu said the recent blockage of traffic through the Suez Canal caused a $9.6 billion loss per day.

“The global crisis created an opportunity for Turkey,” Karaismailoglu added.

It increased the importance of the “Central Corridor” which starts from Turkey and reaches China, he added.​​​​​​​

Indian journalist shot at in front of daughters dies