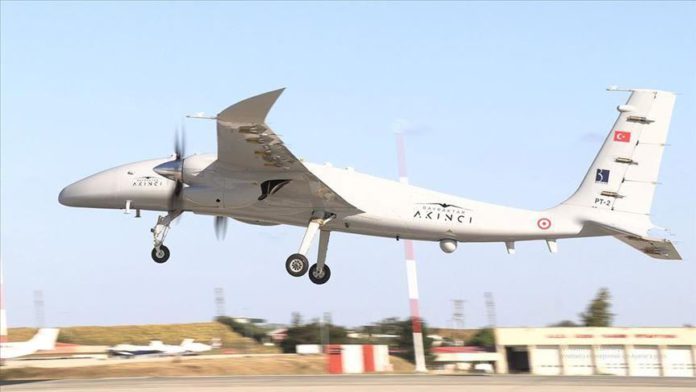 Baykar also shared footage of the drone during the tests.

Last December, the drone completed its first test flight and stayed in the air for 16 minutes.

This May, the drone landed at the Corlu Airport Base Command in Tekirdag province for tests.

The drone’s third prototype is being integrated at the manufacturer’s research center and the first delivery is planned for the end of this year.

It will provide high flight safety with its fully automatic flight control and triple-redundant auto-pilot systems, said the company.

The drone, equipped with locally made active electronically scanned array (AESA) radar and air-to-air missiles Gokdogan and Bozdogan, can launch several locally made ammo, such as stand-off (SOM) cruise missiles.

The drone can collect and save data from its sensors and cameras thanks to six artificial intelligence (AI) computers.

With its AI systems, it can detect land targets invisible to the human eye and fly without GPS.

'EU must recognize that Maras is Turkish Cypriot territory'