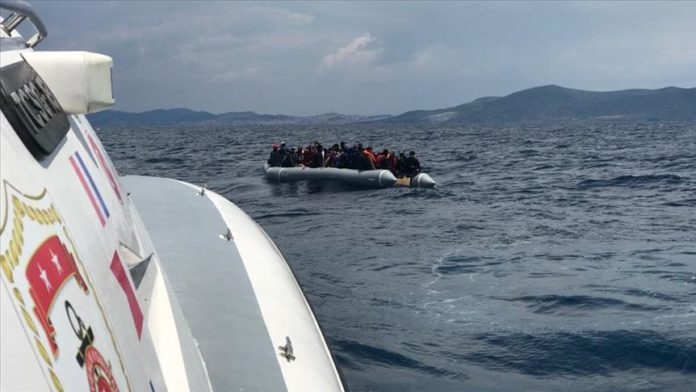 Acting on a tip, rescue teams reached asylum seekers who were on a rubber boat that was forced into Turkish territorial waters by the Greek Coast Guard.

The asylum seekers, including 28 Congolese, 23 Afghans, five Eritreans, two Malians, one Nigerian and one Somalian, were rescued off the coast of Dikili in the Aegean province of Izmir.

Women and children were among the asylum seekers, according to Turkish officials.

They were taken to the provincial migration office.