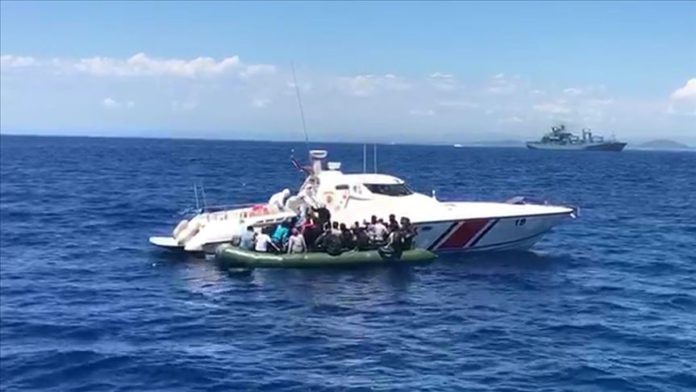 Turkey rescued 56 asylum seekers Friday who sought help in the Aegean Sea, according to security sources.

The asylum seekers, who were in a rubber boat, were rescued by the Turkish coast guard off Izmir province, said the sources, who asked not to be named due to restrictions on speaking to the media.

The naval force saved the foreign nationals and took them on board their boat.

The asylum seekers, including women and children, were then taken to the provincial immigration office for legal processes.

Oil prices down with estimate of US crude stock buildup