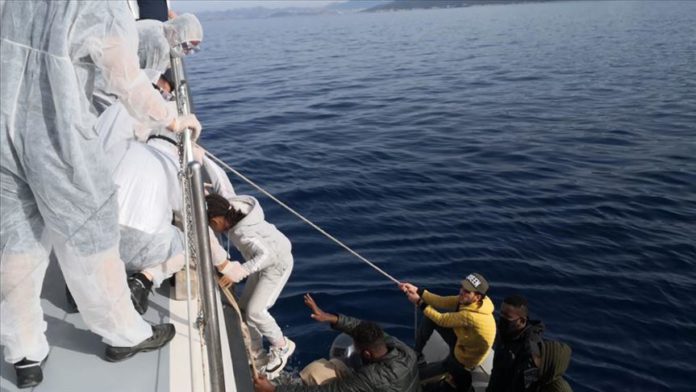 The Turkish coast guard rescued 42 asylum seekers late Thursday from a boat pushed back by the Greek coast guard.

Acting on a tip, Turkish rescue teams were sent to a region in Izmir province’s Foca district.

The asylum seekers were found on a rubber boat and were disembarked.