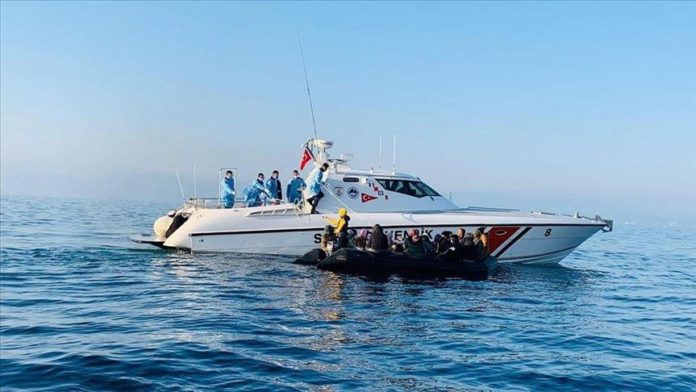 A statement by the command said a boat was dispatched for the group of irregular migrants upon their request for help on Wednesday.

“However, it was detected by the Turkish Coast Guard boat, which arrived at the scene of incident at 05.10 a.m. (0210 GMT), that the migrants’ boat in question was within the Greek waters,” it added.

Stating that a Greek Coast Guard vessel was close by, a call for help was made but no response was received.

“Nevertheless, Turkish assets continued to stay and wait within the Turkish territorial waters until 05.50 a.m. (0220 GMT) so as to be ready for any emergency case,” it added.

“Respecting the principles of human rights and laws, Turkish Coast Guard Command is always ready 7 days 24 hours to help anyone who is in distress/in need of any help at sea.”

Separately, Ismail Catakli, deputy interior minister, said on Twitter: “Greece is trying to cover up crimes with false information from the Migration Minister causing deaths in the Aegean Sea with inhumane practices.”