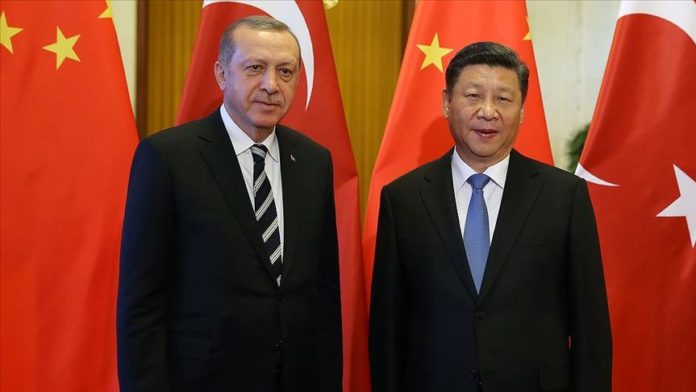 Erdogan and Xi discussed the steps that will improve bilateral relations, particularly in trade, investment, energy, transportation and health, and regional developments, according to a statement by the Turkish Communications Directorate.

Erdogan said that they would like to mark the 50th anniversary of the establishment of diplomatic relations between Turkey and China in a manner worthy of the deep-rooted friendship between the two countries.

Expressing Turkey’s respect for China’s sovereignty and territorial integrity, he underlined the importance for Turkey of Uyghur Turks living in prosperity, freedom, and peace as equal citizens of China.

Uyghurs make up around 45% of population in Xinjiang autonomous territory and have long accused China’s authorities of cultural, religious, and economic discrimination.

Ukraine Air crash: Zelensky thanks US for sharing info