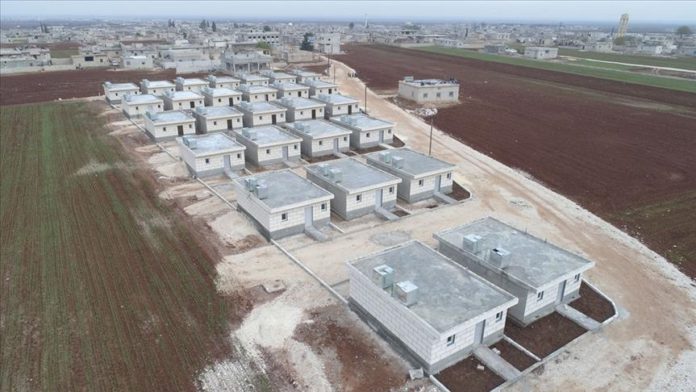 A Turkish charity will build 1,000 houses in Idlib, northwestern Syria for those who are living in hard conditions due to the ongoing civil war.

The Istanbul-based Humanitarian Relief Foundation (IHH) has been working to find permanent solutions to the humanitarian crisis in Syria for more than 10 years.

It has started to renew and improve briquette houses built as an emergency solution, the foundation said in a statement on Wednesday.

Thousands of Syrian families have found the opportunity to live in warm houses rather than makeshift tents.

The IHH will build 1,000 houses in the first phase of the project. They will have two rooms and a garden on an area of 40 square meters (430 square feet).

So far, the foundation has built over 14,000 houses in 40 regions, while more than 7,200 of them were handed over to Syrian people.

The agency has been carrying out efforts to provide Syrians with food, health services, sheltering, and education since the civil war broke out in the Middle Eastern country in 2011.

The war had ravaged Syria since early 2011 when the Assad regime cracked down on pro-democracy protesters.

Hundreds of thousands of people have been killed, and millions more displaced.

The area has been the subject of multiple cease-fire understandings, which the Assad regime and its allies have frequently violated.