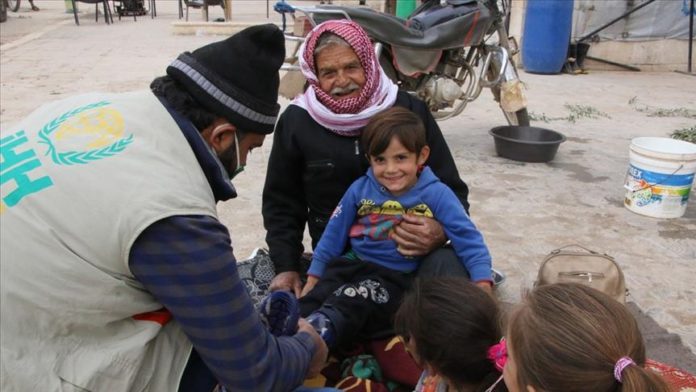 Selim Tosun, the IHH media manager for Syria, told Anadolu Agency that the aid was delivered to support children in Syria, where the winter season is very difficult especially for those staying in refugee camps.

He underlined that IHH aims to alleviate the suffering of people.

“We started a winter campaign on the occasion of Dec. 10 Human Rights Day with all the aid sent from all over Turkey. We also continue the distribution of aid materials as part of this campaign,” Tosun added.

More than 1 million Syrians have moved near the Turkish border due to intense attacks over the last year.

The Istanbul-based IHH has been carrying out aid projects in war-torn Syria since the country’s devastating conflict began in 2011, when the Bashar al-Assad regime cracked down on demonstrators with unexpected ferocity.

Since the eruption of the bloody civil war in Syria, Turkey has taken in some 3.7 million Syrians who fled their country, making it the world’s top refugee-hosting country.