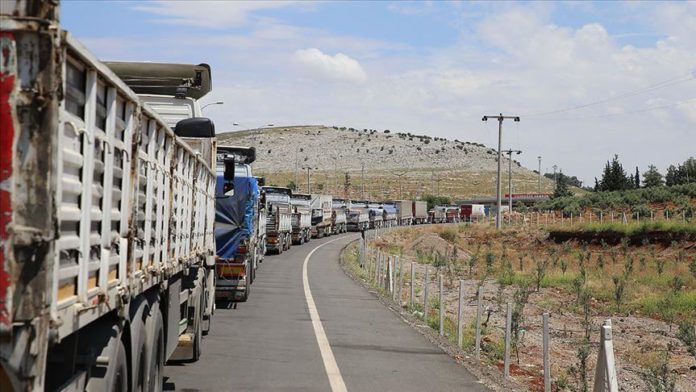 A Turkish charity sent 37 truckloads of humanitarian aid to Idlib, northwestern Syria, during the last week, an official said on Monday.

Selim Tosun, a representative of Humanitarian Relief Foundation (IHH) in Syria, said the aid included food, hygiene kits and clothes to be distributed in northern Syria where millions of people are in dire need of assist due to internal conflict in the country.

Tosun said Turkey and the charity will continue to stand by Syrians and to help them.