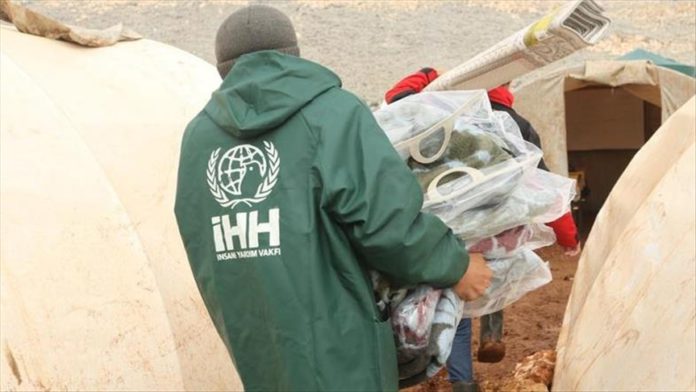 A Turkish relief agency said on Wednesday it has set up thousands of tents, and distributed food and medical supplies to Ethiopian refugees in Sudan.

The Istanbul-based Humanitarian Relief Foundation (IHH) said it is looking after thousands of Ethiopian refugees who fled to Sudan amid armed clashes between the Ethiopian forces and the Tigray People’s Liberation Front (TPLF), once a dominant party at federal level, last year.

The conflict broke out in November after TPLF forces captured a military base in Tigray. Ethiopia’s Prime Minister Abiy Ahmed responded by ordering a security operation.

In coordination with the UN Refugee Agency (UNHCR), and Commission for Refugees Sudan, the IHH set up at least 4,500 tents in Um Rakuba and Tunaybadh refugee camps. It also provided medical, hygienic and food stuff to the refugee families.

Many international relief groups, including Turkish organizations, have been working to help them by providing basic needs.

According to the UNHCR, Sudan has for decades kept its doors open to people fleeing war, hunger and hardship. It continues to host refugees from Eritrea, Syria, Yemen, Chad and other countries.

UK stands in solidarity with Turkey on coup anniversary

'US remarks on 1915 bowed down to lobbyists' demands'