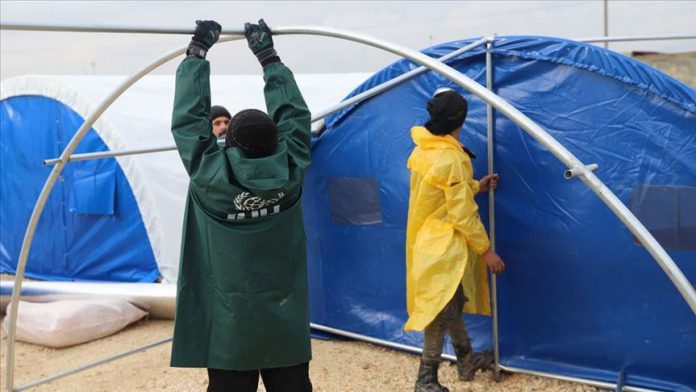 A Turkish aid group has provided tents to 135 internally displaced families in Syria.

Istanbul-based Humanitarian Relief Foundation (IHH) responded to the needs of refugees near the Turkish border who escaped bombings in Idlib and are suffering severe winter conditions.

The Syrian regime continued launching air strikes and artillery fire on civilian settlements in the Idlib de-escalation zone, where acts of aggression are expressly prohibited.

“Recently, there has been a mass influx of refugees from Idlib to Azaz and al-Bab towns due to the intense attacks,” said Hasan Aksoy, a logistics personnel of the aid group.

Church of England accused of hypocrisy over BLM support