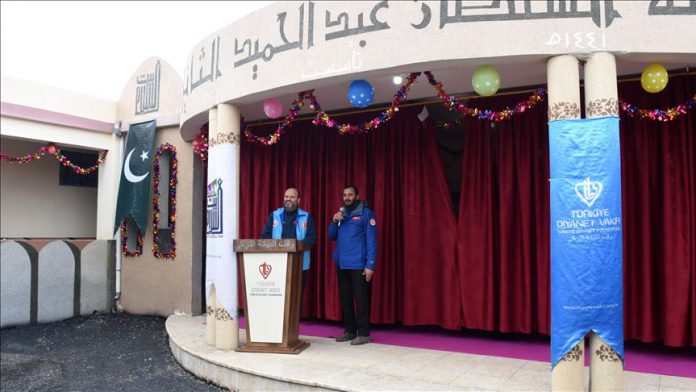 A charity group linked to Turkey’s top religious authority on Wednesday opened a school for refugees in Idlib, northwestern Syria.

The Abdul Hamid II primary school, set to provide education to 500 children living in refugee camps, was built by the Turkiye Diyanet Foundation — linked to Turkey’s Religious Affairs Directorate, or Diyanet — and the Baitussalam Welfare Trust, a Pakistani-based aid agency.

Ihsan Acik, a top official from the Turkish charity, told Anadolu Agency that they hope to provide education to children from preschool to high school in the village of Kah, in Idlib.

Over 800,000 people in UK estimated to have contracted coronavirus