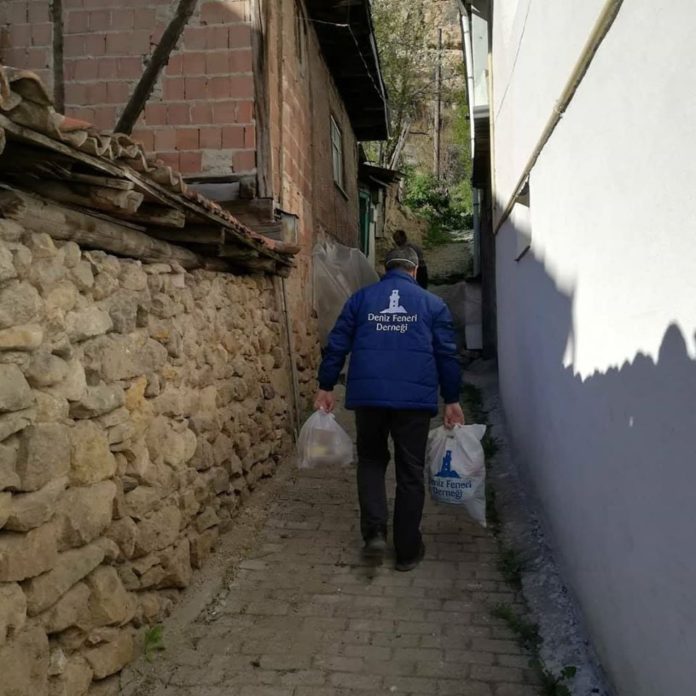 A Turkish charity is looking to deliver aid during the Muslim holy month of Ramadan to over 20 countries across the globe.

Mehmet Cengiz, chairman of the Deniz Feneri (Lighthouse) Association, told Anadolu Agency that due to measures taken by the Turkish government to stem the spread of coronavirus, collective iftar or fast-breaking programs are not planned for Ramadan this year.

“Therefore, this Ramadan, we especially want our donors to concentrate on food and cleaning drives instead of collective iftars,” he said.

Plans were canceled to host iftar in 21 countries across three continents on the 15th day of Ramadan to mark the Day of Orphans of the Islamic World, he said, due to COVID-19 measures.

Also, in those countries, Eid allowance will be given to orphans.

Within Turkey, the charity distributed food packages to citizens aged above 65 who are not allowed to step out of their homes, orphans and needy families, Cengiz said.

“This Ramadan, Deniz Feneri will be a bridge between charitable people and those in need.”

Cengiz said that people who want to join the aid campaign can donate 150 Turkish liras (around $21) for monthly food packages for a family of four.

Deniz Feneri usually delivers food packages to more than 5,000 families every month in Turkey, including orphans.

He went on to say that the association also slaughters animals for religious occasions and distributes meat to the needy.

Taxpayers can deduct the donation they make in the form of food, clothes, cleaning material and fuel to Deniz Feneri from the net taxes under the ‘food banking’ head.

Food Banking is a relatively new initiative of the government to help thousands of food-insecure families. The law provides a 100% tax exemption to those who make donations to food banks.

Deniz Feneri also handles various Islamic donations, such as sadaqah — voluntary charity — and fidya, a donation to the poor when a fast is missed out.

“Your contributions will be distributed to community members who truly need it, in accordance with Islamic principles,” Cengiz added.

The charity head said that via Deniz Feneri, people can send their zakat — mandatory alms — to actual people in need.

One can calculate the zakat amount to be given based on a quota determined by the Turkish Directorate of Religious Affairs.

“Our association takes your zakat donations to refugee camps, to the oppressed people who have lost all they have due to civil wars, and those people who live in poverty and misery.”

Zakat is considered as one of the five pillars of Islam that Muslims must follow.

Even though the world and Turkey are currently faced with the unpredictable pandemic, Turkey cannot “turn a blind eye” to the civil war in Syria that has been continuing for 10 years, Cengiz said.

Turkey is closely monitoring the crisis in Syria, especially in the northwestern Idlib and Azaz region, he added.

Deniz Feneri as an aid agency is helping families there for 10 years, he said, adding that: “We will do the same in Ramadan this year.”

Moreover, the association will distribute food to 3,000 Syrian families in Idlib, he added.

He went on to say that food and cleaning materials will be also distributed in two camps — set up by Deniz Feneri in Azaz region — a home for thousands of people.

The pandemic has killed around 257,000 worldwide, with total infections over 3.66 million, while almost 1.19 million patients have recovered, according to figures compiled by the US-based Johns Hopkins University.

'Signs point to Turkish economy on road to recovery'