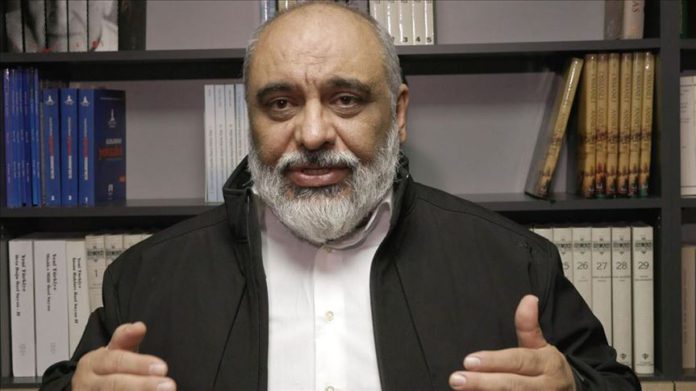 A Turkish humanitarian agency has an ambitious goal to reach more than 1 million needy people in Turkey and around the globe during the holy month of Ramadan, according to a top official with the group.

With its slogan, All Together Ramadan, the charity wants to provide relief, mostly in Turkey, and in major crisis zones around the world amid the novel coronavirus outbreak, Bulent Yildirim, head of the Istanbul-based Humanitarian Relief Foundation (IHH), told Anadolu Agency.

“This Ramadan is different from other ones since the whole world is tested with the coronavirus,” he said, noting the charity started Ramadan activities early this year to meet the needs of those affected by the outbreak.

He said in addition to its work in 81 Turkish provinces, the group will also help 14 different nations and regions, including Syria, Gaza, Yemen, Libya, Niger, Kosovo, Afghanistan, Azerbaijan, Somalia, Sudan — including its capital city of Khartum and the western Darfur region — Bangladesh, Myanmar and the Philippines’ self-governing Muslim-majority Bangsamoro region.

As it does every year, IHH will assist orphans and their families by distributing new clothes in celebration of Eid al-Fitr, the Muslim holiday that marks the end of the holy month of Ramadan which will take place at the end of the week, by providing food parcels, iftar — the fast-breaking meal, packages and provide cash to families.

“The world is under lockdown this year. Everywhere became Gaza, everywhere became East Turkestan [the area otherwise known as China’s Xinjiang province populated with Uyghur Muslims], became Arakan [Rakhine state in Myanmar that is home to Rohingya Muslims] and Syria. So people stayed home and learned how limited life looks.”

Although many were forced to shutter businesses, lost jobs and income because of lockdowns, Yildirim said this year, donations to IHH rose compared to last year and that people support each other more during difficult times.

During the Ramadan last year, IHH reached more than 1.57 million people in 120 nations and regions on five continents.

Since its foundation 30 years ago, IHH has delivered the aid of the Turkish nation to the needy, said Yildirim.

“Turkey never got tired [of helping others],” he said. “And now, the people of Turkey are in a tight spot. The Turkish nation needs to remain standing, integrated and to overcome these difficulties.”

Most of the aid will be distributed in Turkey to those affected by COVID-19, while during Ramadan, 70,000 people will benefit from zakat donations, or mandatory charity, and fitrah — a special form of charity on the eve of the Eid holiday, he added.

“Previously, we used to deliver aid up to 140 countries, but now the majority of the aid will be distributed in Turkey.”

In 2019, 60,000 needy people received zakat donations, fitrah and fidya — a donation to the poor when a fast is missed.

Yildirim said the agency will deliver 210,500 food packages — each costing 120 Turkish liras ($17) — to those in Turkey and other countries.

“Aid will be delivered by 60 trucks in 81 provinces in Turkey. This aid includes food, cleaning materials, clothes, chocolate, candy, balloons and toys for children.”

Hygiene kits will be sent to 10,000 families in Turkey.

“[About] 100,000 people will receive iftar packages,” he said, noting as part of health precautions because of the pandemic, everyone will be able to set up a table in their own place instead of organizing the usual mass iftar programs.

Iftar meals will also be distributed in various regions in Syria and in refugee camps.

Children not forgotten in Ramadan

“Charitable people will be able to meet the holiday needs of children by contributing 150 Turkish liras ($22) to dress a child from top to toe,” he said.

He underlined 50,000 orphans and children will benefit from the holiday clothing and called on benefactors to double the number to 100,000 to reach more orphans during Ramadan.

“I invite all non-governmental organizations in Turkey and around the world to make a similar project and to provide new clothes to all orphans for the holiday celebrations.”