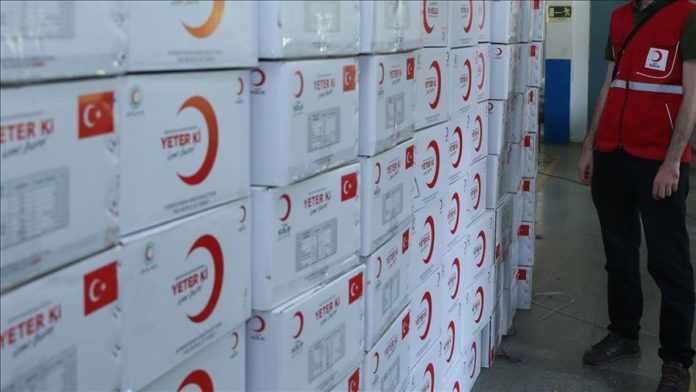 The head of the Kizilay delegation, Mustafa Aydin, told Anadolu Agency that parcels were distributed to families and refugees in Marib as part of a campaign to distribute 5,000 food parcels in Yemen’s different provinces.

The aid campaign is aimed at easing problems of families suffering from the war in Yemen during the holy month of Ramadan.

The Red Crescent is the largest humanitarian organization in Turkey, with an international network to help nations in need.

Yemen has been beset by violence and chaos since 2014, when Houthi rebels overran much of the country, including the capital of Sana’a.