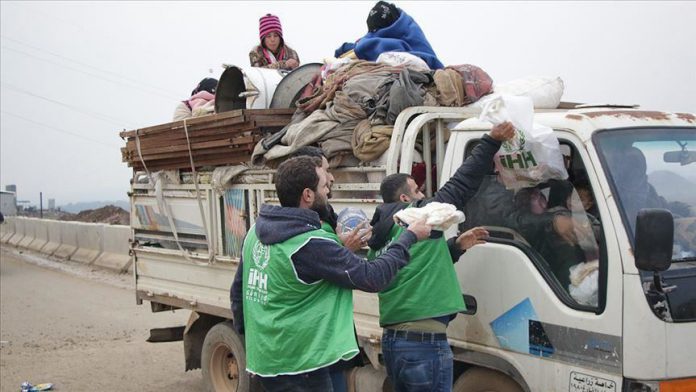 The IDPs have fled bombings by the Bashar al-Assad regime in Aleppo to Afrin, a province which was cleared of terrorists by a Turkey-backed military operation.

Dozens of civilians have lost their lives and tens of thousands have been displaced as the regime and its allies continue pounding their hometowns.

Selim Tosun, a representative of the Humanitarian Relief Foundation (IHH), said Tuesday that more than 400,000 people have been displaced since November 2019 and they have marched toward Turkey’s borders.