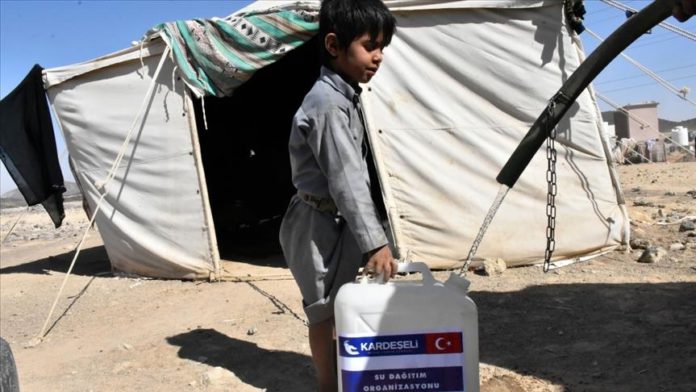 A Turkish charity Friday delivered clean water, food and hygiene packages to those in need in the war-torn Yemen.

The association also distributed 500 parcels of food and hygiene packages in Yemen, which has been struggling with violence, hunger, cholera, measles, and diphtheria.