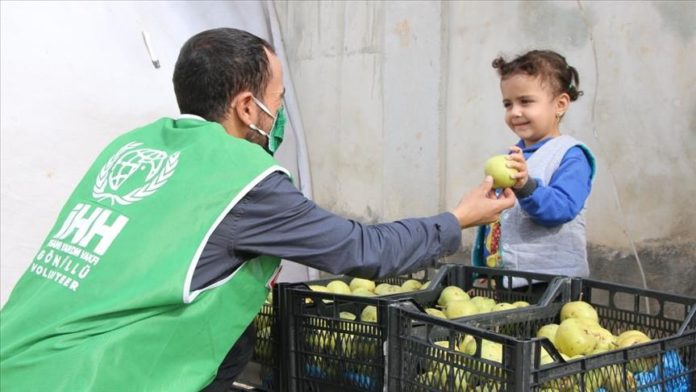 Turkey’s Humanitarian Relief Foundation (IHH) distributed 470 tons of vegetables and fruits to the Afrin and Idlib regions of Syria on Wednesday.

Yusuf Tunc, a representative of IHH, said they are trying to help war-weary Syrians.

“We delivered 470 tons of vegetables and fruits from Anatolia to Syria to civilians in Afrin and Idlib, mainly those who live in refugee camps,” he said.

Syria has been embroiled in a vicious civil war since early 2011 when the Bashar al-Assad regime cracked down on pro-democracy protesters with unexpected ferocity.