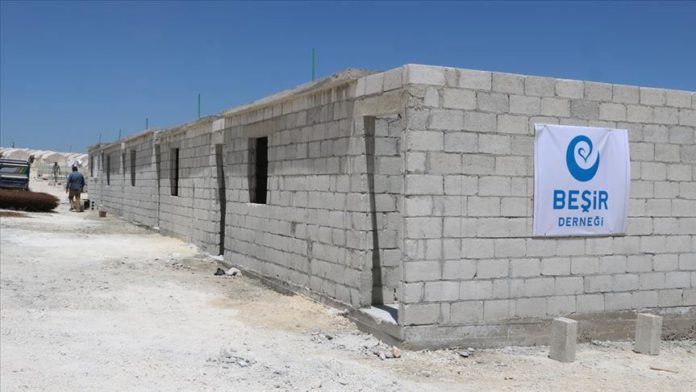 Needy and war-hit families in northwestern Syria on Thursday began to move into briquette dwellings built by the Turkey-based Besir Foundation.

The relief organization erected at least 180 briquette homes in the Idlib region in an effort to provide better living conditions for Syrians who previously had to survive in makeshift tents.

Salih Kayabekir, the foundation’s social aid specialist, told Anadolu Agency that efforts to build the necessary infrastructure for the houses were ongoing.

“There are living and master bedrooms, kitchens, bathrooms and toilets in the houses that are an average 40 square meters (430 square feet),” said Kayabekir.