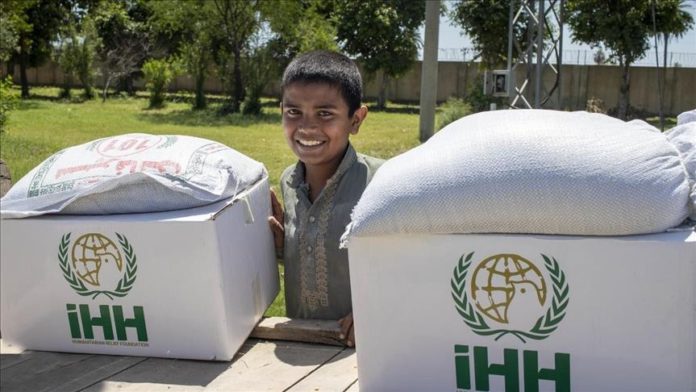 A Turkish charity plans to distribute aid in 65 countries around the globe during next week’s Muslim holiday of Eid al-Adha, according to a statement by the group on Wednesday.

Many Muslim-majority countries, including Turkey, will mark the first day of the four-day holiday also known as the Feast of the Sacrifice, next Tuesday.

Turkey’s Humanitarian Relief Foundation (IHH) has plans to distribute sacrificial meat to 65 countries and regions, as its teams will travel around the world with this year’s slogan, “Remember them on Eid al-Adha.”

The holiday commemorates the willingness of the Prophet Ibrahim, or Abraham, to sacrifice his son at Allah’s command, before the last-minute divine substitute of a ram. During the holiday, sacrificed meat is distributed to the needy.

The IHH first launched a project to distribute Eid al-Adha meat — from sacrificed livestock — in 1993 and has visited dozens of countries every year to deliver aid to those in need ever since.

Hasan Aynaci, the charity foundation’s deputy chair for foreign relations, said in the statement that its teams will work in many regions across Africa, Asia, and the Balkans.

“In this way, we will also have conducted projects for water wells, cataract surgery, schools, health centers, and others based on the needs of those regions,” he said.​​​​​​​