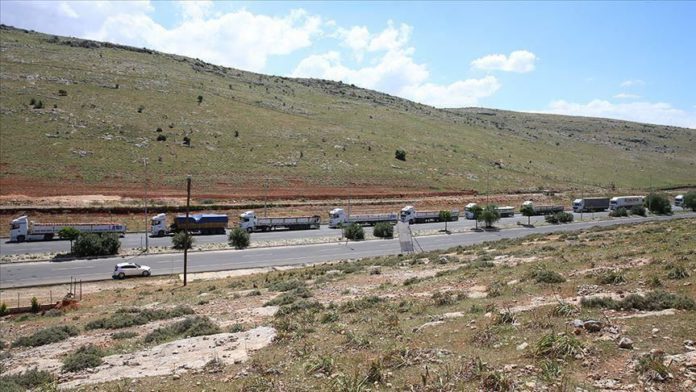 Three truckloads of humanitarian aid gathered by various charity association in Turkey were sent Tuesday to vulnerable people in war-torn Idlib, northwestern Syria, where millions of people are in need of assistance due to internal conflict in the country.

The trucks carrying supplies arrived in Turkey’s southern Hatay province to be transferred to Idlib.

The aid will be distributed among residents of rural areas in Idlib.