TurkishPress
Home News Turkish central government gross debt stock at $233.5B in May 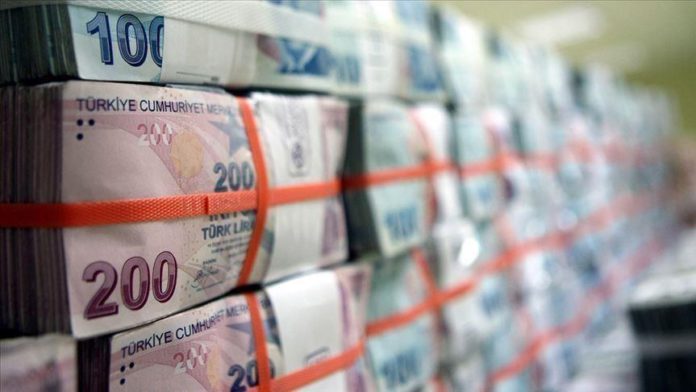 The Turkish central government’s gross debt stock amounted to 2 trillion Turkish liras ($233.48 billion) as of the end of May, official figures showed on Monday.

The Treasury and Finance Ministry’s data showed that the figure was up by 22.5% on a yearly basis.

Some 42.15% of the debt stock is denominated in Turkey’s local currency, while the rest is in foreign currency.

Data also showed that as of May 31, the stock of Treasury receivables totaled 18.3 billion liras ($2.13 billion).

The US dollar/Turkish lira exchange rate was around 8.57 at the end of May.