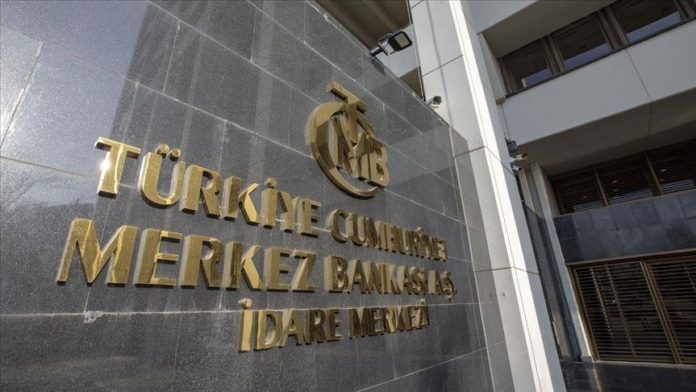 The Central Bank of the Republic of Turkey (CBRT) on Friday revised its regulations on reserve requirements to improve the effectiveness of the monetary transmission mechanism in the country.

In line with its main objective of price stability through monetary tightening, the bank decided to simplify its reserve requirement regulations, it underlined in a written statement.

With the decision, the remuneration rate for all banks’ Turkish lira-denominated required reserves will be 12%.

It also decreased the commission rate applied to reserve requirements maintained against US dollar-denominated deposit/participation fund liabilities to 0% from 1.25%.

On the Turkish lira side, it raised reserve requirement rates to 6% — from the previous 4% — for demand and one to three-month notice deposits.

For borrower funds of investment banks, the rate will be 6% — up from 4% — for notice deposits of up to a year, 3.5%, 1% for those up to three years and 1% for those longer than three years.

Meanwhile, the reserve requirement rate will be 19% for demand and one to six-month notice FX deposits and 13% for such deposits with notice intervals longer than one year.

Precious metal deposits accounts’ reserve requirement rates were raised to 22% from 17% for demand and notice deposits of up to one year and to 18% from the previous 13% for those longer than a year.

For borrower FX funds of investment banks, rates will be 21% for notice deposits of up to one year, 16% for those up to two years, 11% for up to three years, 7% for up to five years and 5% for longer.

“As a result of these changes, required reserves of the banking system is expected to increase by approximately 12.3 billion Turkish liras [$1.57 billion] and $5.7 billion in FX and gold, should the reserve option utilization rates remain unchanged,” the bank noted.

“On the other hand, intermediation costs will decrease as a result of the changes in remuneration and commission rates,” it added.

Changes in remuneration and commission rates will be effective starting Friday, and other regulations — both in Turkish lira and FX reserve requirement ratios — will go into operation in December.