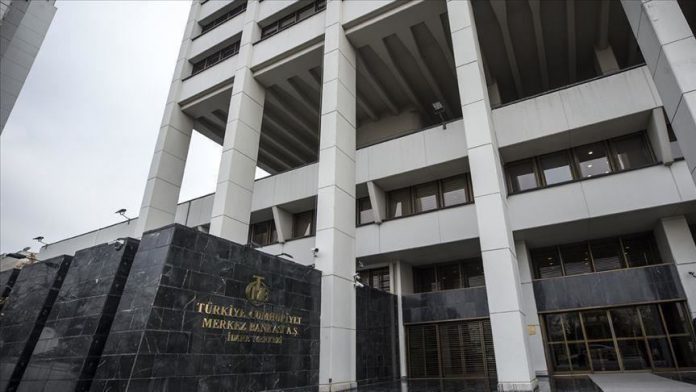 The Turkish Central Bank’s official reserves stood at $92.1 billion as of the end of March, the bank announced Tuesday.

Foreign currency reserves — in convertible foreign currencies — were down 21.9% to $59.2 billion, while gold reserves increased by 3.3% to $31.4 billion during the same period.

Of this amount, $17.4 billion were in principal repayments and $5 billion in interest repayments, it said.

Additionally, outstanding FX and gold liabilities arising from the bank’s financial derivative activities with resident and non-resident banks recorded $30.9 billion, of which $16.3 billion is due in one month.