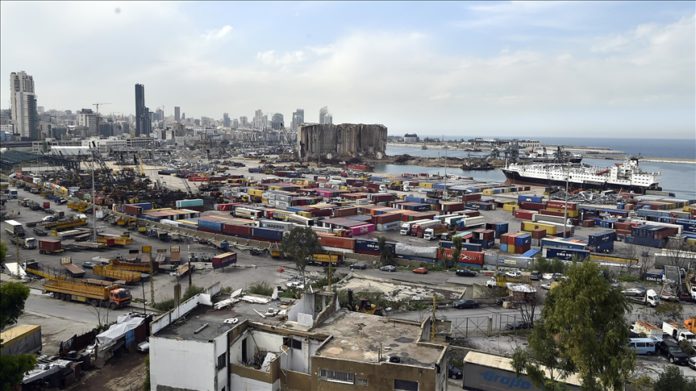 Turkish business circles are seeking to rebuild the Port of Beirut port that was destroyed by a massive explosion last August, said the chairman of Turkey-Lebanon Council of the Foreign Economic Relations Board of Turkey (DEIK) on Wednesday.

“In our meeting with Lebanese Economy Minister Raoul Nehme last month, we expressed interest to build the Port of Beirut based on the build-operate-transfer model,” Abdulkadir Akkus told Anadolu Agency.

Once considered the Paris of Middle East, Lebanon has been struggling with a devastating economic crisis for nearly three years, amid protracted civil war, regional conflicts and political instability.

The crisis, which started in Oct. 2019, deepened further with the devastating explosions, that left at least 200 people dead and thousands others injured besides massive material damage.

Akkus said Lebanese officials are also in talks with France and China regarding the port’s re-construction. “We would like to take this job … we have proven ourselves (in this area),” he said.

A foreign currency shortage and devaluation of the national currency has crippled the import-dependent nation, leading to shortages of fuel, medicines and basic supplies.

Hassan Diab’s Cabinet resigned last year after the explosion, but politicians have so far failed to agree on forming a new government. His government has been acting in a caretaker capacity since then.

Akkus called for urgent formation of a new government, and then financial packages by international institutions such as the World Bank and IMF.