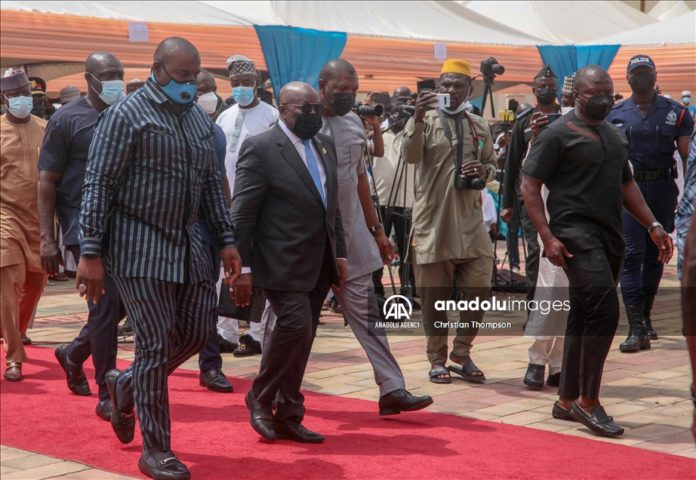 A ceremony was held in Ghana’s capital on Friday to open a Turkish-built mosque, with the attendance of officials from both countries.

The Ghana Millet Mosque and Complex in Accra not only “adorns” landscape of the city Accra, but also shows the religious harmony in the predominantly Christian West African country,” said Ghanaian President Nana Akuffo-Addo, at the event.

Bilateral relations between Turkey and Ghana have improved over the years, said Akuffo-Addo, thanking Ankara for its support in building the mosque complex.

Besides its role as a place of worship, the mosque can also be used for social and cultural activities, he said and underlined its unifying effect to bring people together.

Besides Akuffo-Addo, Vice President Mahamudu Bawumia also attended the opening of the mosque, styled after the famous Sultan Ahmet Mosque in the Turkish metropolis Istanbul.

The head of Turkey’s top religious body Diyanet, Ali Erbas, along with other senior officials and mission representatives, were also present at the ceremony.

Erbas, for his part, noted that Africa carries strong traces from the oldest periods of human history and has hosted different races, languages, and beliefs for centuries in peace.

He said the Ghana Millet Mosque and Complex has become one of the many mosques that Turkey has built in many regions of the world with the contributions of Diyanet, the Turkiye Diyanet Foundation and Turkish philanthropists.