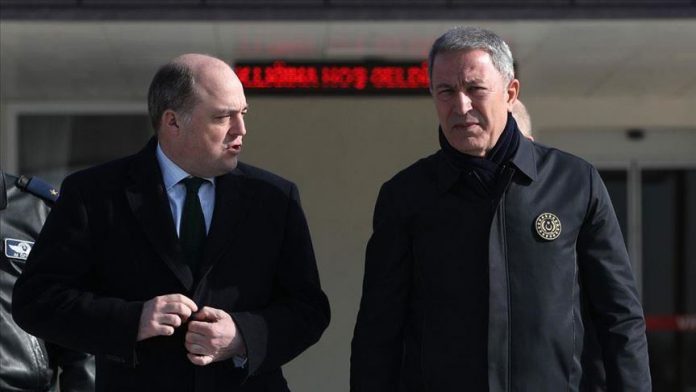 Hulusi Akar and Ben Wallace were in Turkey’s border post in Hatay province and observed from an observation tower the refugee situation in Atma.

The ministers, with their delegations, met after the visit, along with the UN regional humanitarian coordinator for the Syria crisis.

Wallace said the U.K. supported Turkish operations in NATO and the UN Security Council to stop the conflict in Idlib province, northwestern Syria.

Noting it contribute to humanitarian aid efforts, Wallace said the U.K. is ready to