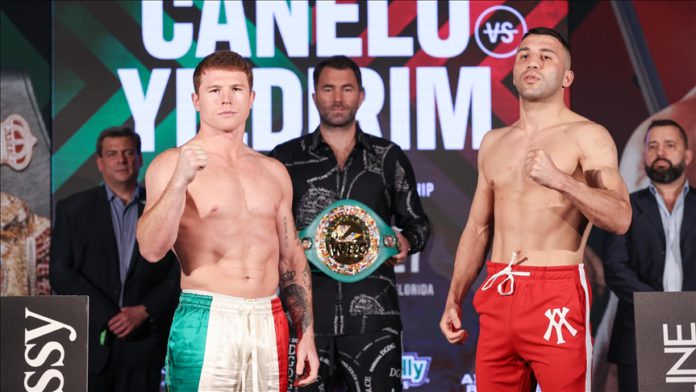 Alvarez — the World Boxing Council and World Boxing Association champion — has so far won 54 fights, including 36 knockouts. The 30-year-old had one loss and two draws in his career.

On the other hand, Yildirim, nicknamed Mr. Robot, has had 23 professional total fights so far. He won 21 matches, including 12 knockouts.

The hotly-anticipated fight will be held at Hard Rock Stadium in Miami, Florida.