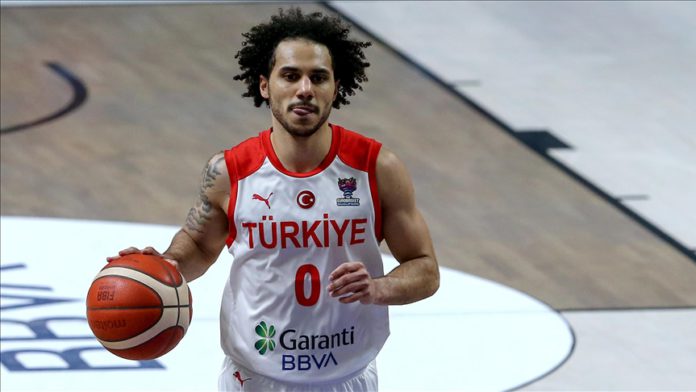 Turkish basketball star Shane Larkin was removed from the national team squad for a shocking waist injury on Wednesday.

In a statement, the Turkish Basketball Federation (TBF) said that Larkin, 28, was diagnosed with a relapsed herniated disc injury in the team’s training camp when the Anadolu Efes playmaker point guard underwent medical examinations.

Larkin sustained the injury in his back during the third match of this year’s final series between Anadolu Efes and Fenerbahce Beko in the ING Basketball Super League on June 7.

He had continued working with the national team since June 21 under the supervision of the TBF Health Board until his injury recurred.

So Larkin will be ineligible for the FIBA Olympic Qualifying Tournaments in Victoria, Canada where Turkey will compete.

Ranking 15th in the globe, Turkey will take on Uruguay on June 29 and play against the Czech Republic on June 30 in the Group B.

Canada, China, the Czech Republic, Greece, Turkey, and Uruguay will play matches from June 29-July 4 to bag only one ticket to this summer’s Olympics.

The Tokyo 2020 Olympics will take place from July 23 to Aug. 8 after they were postponed for one year due to the pandemic.

There are two groups in Victoria: Group A and B.

Turkey are in the same group (B) with the Czech Republic and Uruguay.

Meanwhile, Greece, China and the host Canada are in the Group A. The group winners will take on runners-up in the semifinal. The winners will face each other for the final on July 4.

Four nations in four tournaments will qualify for the Olympics. In addition to Victoria, there are three other host cities for the FIBA Olympic Qualifying Tournaments: Belgrade (Serbia), Kaunas (Lithuania) and Split (Croatia).

Each tournament has two groups of three teams, Group A and Group B. Only four victors from each tournament will bag the tickets to Tokyo.

Turkish naval ship to be sledged in Pakistan